A LITTLE BIT ABOUT OUR STORY

We really
do care...

Our knowledge of the benefits we provide comes directly from our own family’s story. 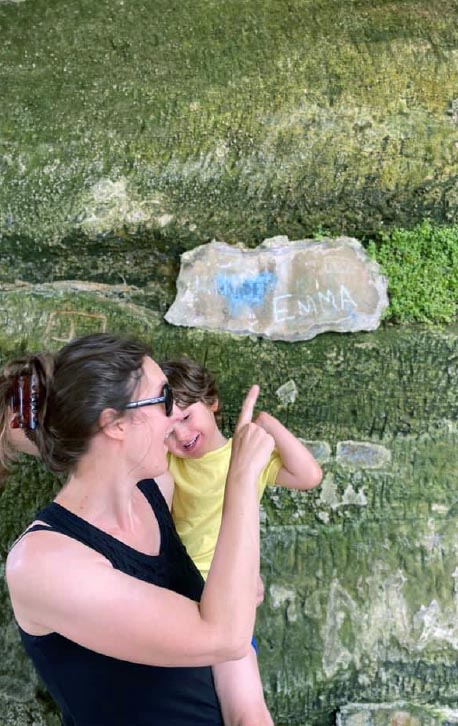 We are Emma and Vince, and we live a fairly normal life with our little boy Leo in sunny Sussex, UK. Nothing out the ordinary, we enjoy creating happy experiences and memorable times with Leo. We don’t crave a lavish lifestyle and just enjoy the simple things.

We created BetterBio Health after Emma became ill with an undiagnosed auto-immune condition and we were desperate to find a solution.

“Before our son Leo was born, we lived in London and I had a typically hectic city lifestyle – I was always rushing to get to the office on time, working late, struggling with job and financial insecurity, spending way too many hours on the commute and trying to fit in a social life.

Over time, I became ill with an undiagnosed condition that led to hives, chronic fatigue, panic attacks, anxiety and insomnia. I thought I’d be on anti-histamine and steroid medication for the rest of my life.

I tried everything, from acupuncture to yoga, traditional medicine and everything in between. Nothing was working and we were at a loss.

It was Vince who thought my symptoms might be a reaction to certain foods, and so began the laborious task of trying to find which foods and environmental triggers to avoid. No alcohol, no cheese, no processed foods, no fun…

But it started to work. After months of controlling the symptoms this way, I decided that enough was enough and I needed to get to the root of the problem within the food we eat – depriving myself just wasn’t a sustainable long-term solution.

Vince and I spent a lot of time researching the issues with produce and the effect mineral deficiencies can have on our bodies; we found that modern farming techniques have affected the levels of life sustaining minerals stored within food.

For example, did you know that the human body is made up of over 70 minerals which are considered essential for a healthy body and mind? Yet, there are 75% less health-giving minerals in our fruit and veg than there was 70 years ago.

As we attempted to supplement those deficiencies, we discovered a world of information that many people are just not aware of. The minerals lacking in people’s diets is a massive eye opener, and once we become aware of the facts, we were able to start making a difference to our health and wellbeing.

Today, I am healthy and happy, and able to look after our beautiful little boy and enjoy life again. By supplementing my healthy diet with high bioavailable minerals, i know I’m getting the mineral nutrients I need to help my body heal, I can’t remember the last time I thought about steroids or antihistamines… I even have a cheeky wine once in a while!

We created BetterBio Health to raise awareness and show people that they can make the change to a naturally healthier body and mind, just like we did.”

Betterbio Health’s mission is to be an ambassador of natural health and wellbeing. Our key focus is to source high quality natural supplements from across the world that make a significant difference to your health. We ensure that we only provide formulations that work, are backed by solid research, and are made to the highest manufacturing standards.

Our goal is to produce products that have better bioavailability than traditional vitamin supplements, which means they will absorb into your body more quickly and have a faster, more long-lasting effect, all while being gentle on your digestive system.

Many of the products we supply are exclusive to us, sourced through close relationships with suppliers in Australia, America and Europe. We have the sole UK rights for importing and distribution.

All our products are natural and effective and always in stock. Plus, they’re backed by our first-class customer service and fast delivery.
You are always warmly welcome at BetterBio Health.

You are always warmly welcome at BetterBio Health.