HomeBlogNewsIron an Incredibly Important Mineral Found in Every Living Cell. 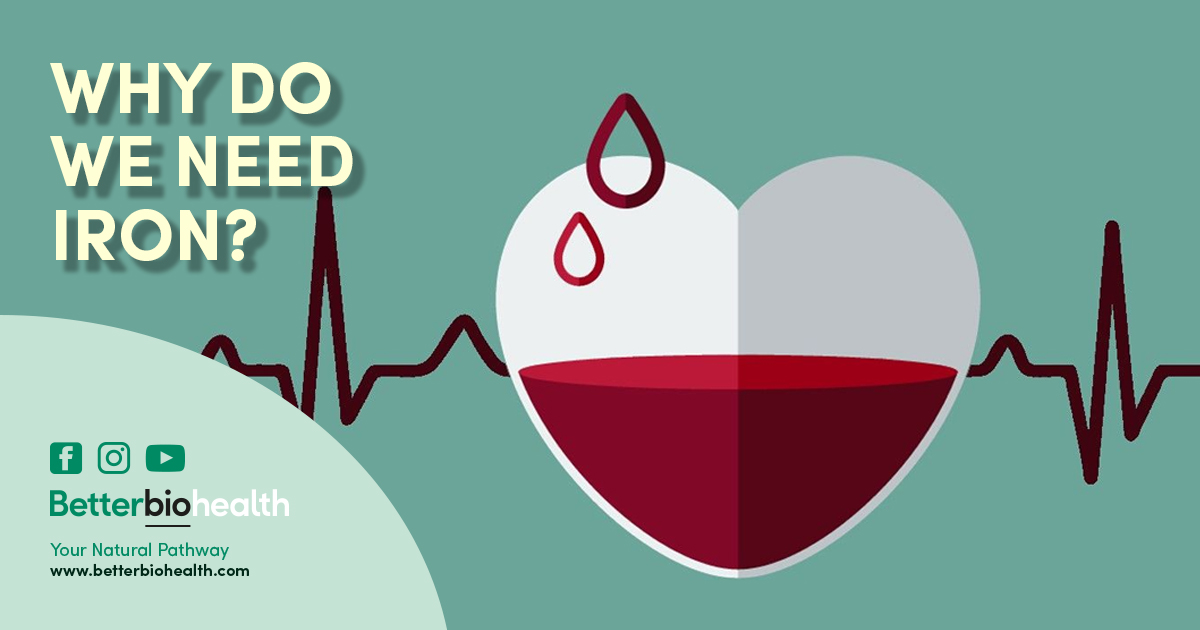 Why Do We Need Iron?

Iron is necessary for human life. Its importance lies in the haemoglobin molecule of red blood cells where it functions in transporting oxygen.

Iron deficiency may be caused by:

What does iron do?

So, we’ve talked about the symptoms of being iron deficient but what does iron contribute to and how does it help your body continue to run smoothly?

Contributes to normal oxygen transport in the body.

It does this by forming haemoglobin in the blood whose function is to carry oxygen from the lungs through the arteries to the tissues and carry carbon dioxide back through the veins to the lungs.

Contributes to normal formation of red blood cells and haemoglobin

Iron is carried in the blood to the bone marrow where red blood cells are produced. It is then combined with proteins to form haemoglobin, the protein that carries oxygen. Iron that does not get used is stored in the bone marrow and liver. Iron deficiency results in diminished production of haemoglobin. The red blood cells then become small (microcytic anaemia), and cannot carry enough oxygen for the body’s needs.

If the brain does not receive enough oxygen due to the oxygen carrying capacity of the red blood cells being diminished then mental performance is altered. Processing speed and the accuracy of cognitive function over a broad range of tasks is altered.

Oxygen is needed for respiration in the cells. Without enough oxygen, cells cannot produce enough energy leading to tiredness and fatigue. When the blood in the capillaries reaches the body tissues, oxygen is freed from the haemoglobin and if there is not enough haemoglobin then there is not enough oxygen. Iron plays a role in oxygen transfer to cytochromes, protein molecules involved in the production of energy in cells.

Contributes to the normal function of the immune system

Cells of the immune system, monocytes, macrophages, microglia and lymphocytes are able to combat bacteria by controlling their iron fluxes. Also, other molecules that are iron dependent can orchestrate the inflammatory response by mobilising cytokines and reactive oxygen species.

Plays a role in the process of cell division

Iron is needed for the enzyme ribonucleotide reductase that is involved in DNA synthesis. Not only is there a nutritional requirement of proliferating cells for iron but iron also appears to play some kind of ‘signalling’ role in the cell cycle.

Iron contributes to the normal cognitive development of children

Studies in human infants suggest that iron deficiency in early life has multiple effects on the chemistry and biology of the brain and nervous system. These studies suggest that this is an irreversible effect, so stressing the importance of iron during pregnancy for the developing baby.

Pure Iron Without the Chemicals