HomeBlogFulvic MineralsThe Role of Fulvic Acid in Sport and Exercise 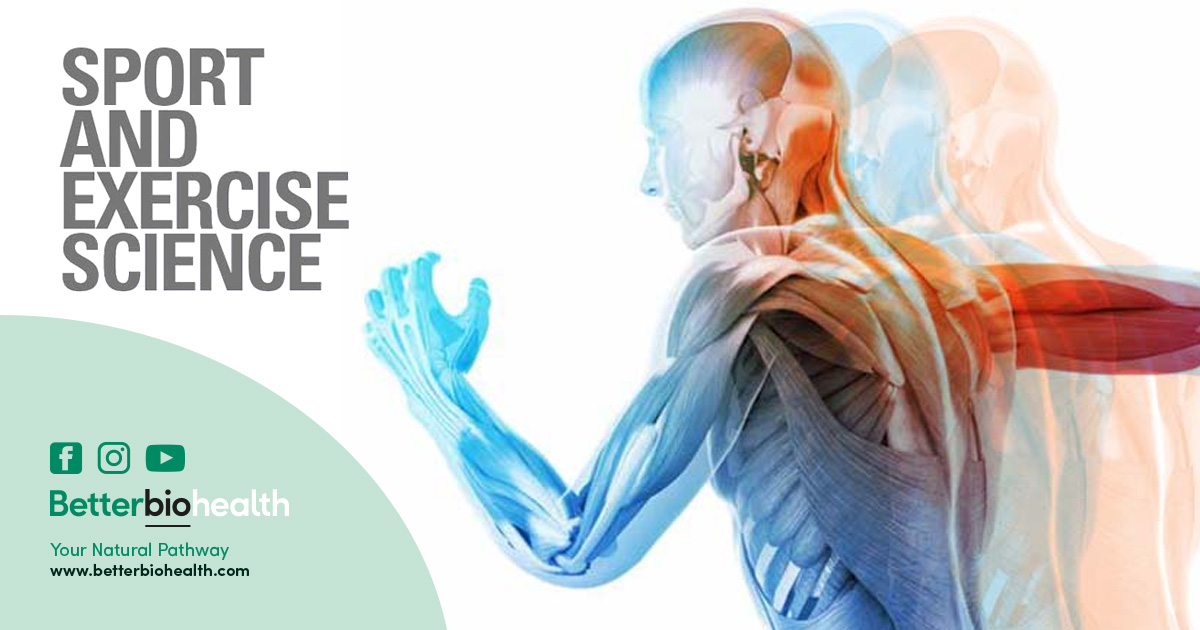 Research confirms that fulvic acid possesses truly remarkable biological, nutritional and remedial properties. It is these same properties, which make it a supplement for sportspeople second to none.

To discuss the positive role that fulvic acid can play for people who exercise regularly, it is important to understand the processes of exercise and the physiological and biochemical changes that occur during sport.

Simply put, metabolism is the conversion of fuel (carbohydrates, fats or proteins) into a source of energy (ATP) which the body can use for exercise and our metabolic rate can be defined as the speed that this process can occur.

When involved in any kind of activity, our metabolic rate increases. However, the type of metabolism we use depends on the type of exercise being carried out.

However, no matter what type of exercise we are partaking in, there will always be a point at which we can go no further and we need to stop.

Both of these by-products can affect performance and recovery in different ways and both can be remedied with oxygen.

The build-up and accumulation of Lactic Acid during anaerobic exercise is thought to contribute to the pain and soreness experienced by sportspeople following strenuous exercise.

During a sprint, there is not much we can do to prevent lactic acid building up but we can take measures to prevent a prolonged accumulation. Such measures include an aerobic ‘warm down’ to re-introduce oxygen to the muscle cells, or by ensuring a high concentration of oxygen is pre-sent in the cells before and during anaerobic exercise.

Both measures are effective to prevent muscle pains following sport.

Carbon dioxide (CO2) builds up gradually during aerobic exercise and is the principle reason why we ‘run out of puff’. There is a constant battle occurring in our cells between CO2 and oxygen (O2) and if CO2 is allowed to accumulate to toxic levels then cell function can become severely impaired and we are forced to stop our exercise. Such toxic accumulation can only happen when the production of CO2 via aerobic metabolism outweighs the amount of O2 we are able to breathe in during the exercise. When this occurs, what is known as an ‘oxygen debt’ builds up. It is this oxygen debt that we are ‘repaying’ by the heavy breathing following sport.

If the threshold of when this oxygen debt becomes too much can be improved and the length of time it takes for us to repay the debt after exercise can be decreased, then in theory, we can train for longer and recover quicker.

To achieve this, we would need an extremely efficient CO2-O2 exchange mechanism, an increased lung capacity or a way of ensuring O2 levels in the muscle cells remain as high as possible during and after exercise.

How Fulvic Acid can help?

Fulvic acid is an organic material that is produced by the action of microbes over millions of years. These microbes help to breakdown dead and dying vegetation and the by-product of this breakdown is fulvic acid.

It is this characteristic of fulvic acid which makes it so useful for sportspeople because if fulvic acid is taken regularly over a period of 2–3 months then the problems associated with lactic acid and carbon dioxide may be reduced.

Fulvic acid has the ability to deliver O2 directly to the muscle cells and thus may reduce the detrimental effects of lactic acid and CO2 build up.

Although thorough research is yet to be done on this specific subject, testimonials have shown that when fulvic acid supplements are taken for sufficient time, muscle soreness after exercise is decreased and the ability to train for longer is noticed.

Another characteristic of fulvic acid is its ability to dissolve vegetal silica into a form easily use by the body. Silica is vital for the healthy production of collagen which is important for sportspeople.

Collagen is an integral component of connective tissue such as ligaments and tendons and if these structures are kept strong then sports injuries may not occur. Also, if tears to tendons and ligaments do occur, it is vital that a good source of bio-available silica is taken regularly to aid the healing process.

Only by taking vegetal silica in combination with fulvic acid, will the best effects be seen.

Fulvic acid should be considered essential to a modern sports and exercise training program.

An electrolyte is something that can assist in the transfer of electricity in cells. The importance of electrolytes in sport is well documented with the absence of which being linked to muscle cramps, dehydration and decreased performance levels.

These electrolytes are actually minerals that can be found in almost all foods in varying quantities. Minerals such as sodium and potassium are extremely important for sportspeople but other minerals such as calcium, magnesium and chloride.

Many sports drinks contain a very limited number of electrolytes and use mineral ingredients which are known to be very poorly absorbed.

Fulvic acid is one of nature’s most powerful electrolytes as many research articles prove its ability to maximise the electrical chemistry of the cell. The reason that fulvic acid is so powerful is that it naturally contains around 75 different minerals and also has the ability to provide minerals to a cell if they are needed. Therefore, when sweating occurs during prolonged exercise and blood electrolytes are being lost through the skin, fulvic acid will immediately replace these and prevent loss of performance. Fulvic acid is the only substance known to man with this ability.

Fulvic acid should be considered essential to a modern sports and exercise training program.

During exercise, oxidants are produced which can cause damage to cells and tissues. These oxidants are actually produced by our own metabolism and, as sportspeople have a faster average metabolic rate than non-sportspeople, their requirement for anti-oxidants is higher.

An oxidant is a very unstable molecule which basically wants to become stable again. To do this it has to ‘steal’ from other molecules which, if those molecules are not anti-oxidants, causes damage. The importance of preventing this is highlighted by the fact that in some circumstances, oxidants can attack DNA.

Therefore it is vital, especially for athletes, to consume a regular amount of anti-oxidants. Well known anti-oxidants include vitamins A, C and E but the complex structure fulvic acid makes it far more powerful an anti-oxidant than any other nutrient known.

Supplementing with creatine is hugely popular among sportspeople and athletes. Many scientific studies have shown its effectiveness for increasing endurance during high intensity training and increasing muscle mass.

Creatine works by allowing the muscle cell to recycle our energy currency, ATP, making it available for further use and therefore allowing the muscle cell to work harder. Usually, when we exercise, our ATP is broken down into ADP and this reaction releases energy. However, once in the ADP form, it takes a while for it to be converted back into ATP to be available as an energy source once again.

The presence of high concentrations of creatine allows the cell to regenerate ATP from ADP much quicker than normal allowing the cell to work for longer periods.

However, although there is a wealth of research behind creatine’s use for sportspeople, there are also concerns regarding its long term use. Below is a list of reported side effects following creatine supplementation:

Fulvic acid is an ideal replacement for creatine as this nutrient will offer all of the above benefits of creatine but will also work for endurance athletes (creatine has only shown to be effective for high intensity sports and therefore will not work for footballers for example) and it will not cause any of the side effects mentioned above. Indeed, if you suffered with any of the conditions above then fulvic acid will probably help those too!

It is widely known that fulvic acid possesses truly remarkable biological properties that make it a wonder nutrient. It is these same properties which makes its use as a supplement for sportspeople second to none.

There is no other nutrient known which can:

The use of fulvic acid in sport is growing rapidly and it is little wonder why. Its power to provide optimal nutrition for the sportsperson along with the potential for improved endurance, decreased recovery times and protection against injury is unsurpassed.

If you are a keen and dedicated sportsperson or athlete, make Fulvic Acid part of your daily exercise and training regime.

Betterbio Fulvic Minerals product delivers all of the above and so much more:

The list of attributes from this amazing product leaves nothing to the imagination! If you want to feel better and be your best self, start using Betterbio Fulvic today! For a Betterbio Tomorrow.