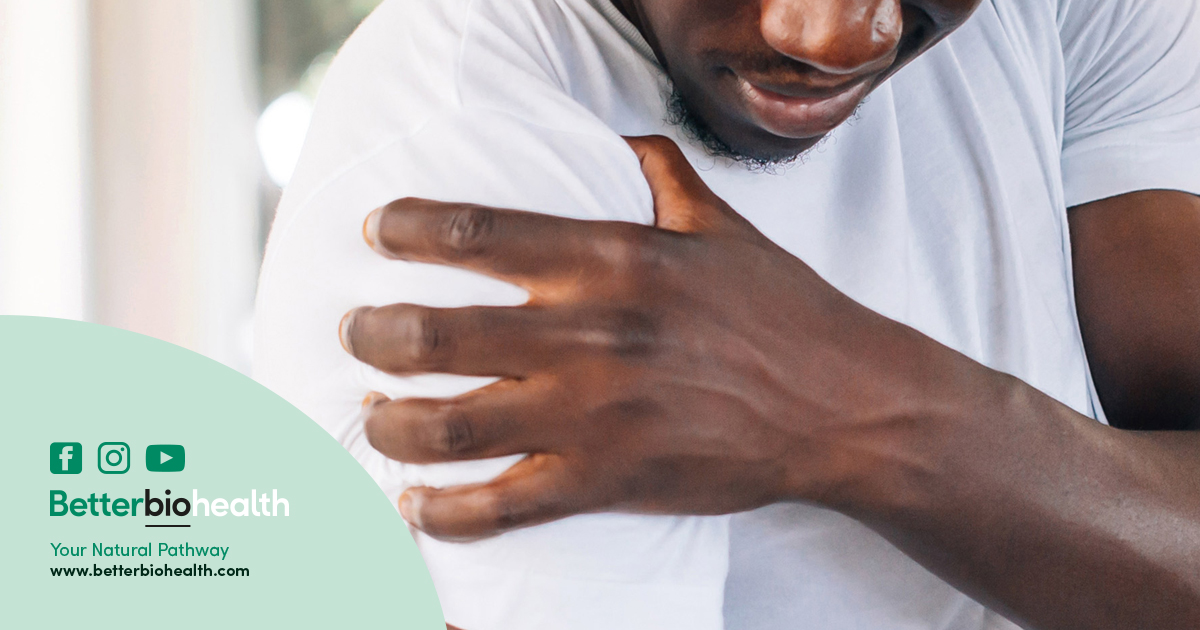 Chronic inﬂammatory diseases like diabetes are on a rise in the Western world. Based on the tsunami of new cases every year, new therapeutic measures must be considered. A promising avenue might involve the attenuation of underlying inﬂammation through natural health products (NHPs). This is because most NHPs have a rich history in traditional medicine and might be considered safer under appropriate doses and conditions. However, the biggest impediment in NHP research is that  rarely do  these products come with veriﬁed health beneﬁts or dosing schedules established through modern scientiﬁc research. Fulvic acid (FvA), one such NHP, comes from humic substances produced by microorganisms in soil. Traditional medicine and modern research claim FvA can modulate the immune system, inﬂuence the oxidative state of cells, and improve gastrointestinal function; all of which are hallmarks of diabetes. This minireview outlines the available peer-reviewed research on FvA and examines its anecdotal health claims. We show that although available research has been minimal, there is substantial evidence to pursue FvA research in preventing chronic inﬂammatory diseases, including diabetes.

Diseases associated with chronic inﬂammation such as diabetes, cardiovascular disease, and colitis have been increasing. For example, the number of people living with diabetes in Canada in 2015 was 3.4 million and is predicted to reach 5 million by 2025 [1]. Millions of dollars have been poured into the development of drugs to treat these diseases with little success [2]. Thus, it is time to explore new avenues in treating and preventing chronic inﬂammatory diseases. Natural health products (NHPs) may provide a promising route in this quest for alternatives. First, they require little to no development, and second, they are often accompanied by  a history rich in traditional medicine [3]. Fulvic acid (FvA) is a publically available NHP that combines those two facts and may provide promising outcomes for chronic inﬂammatory diseases.

FvA is a subclass of diverse compounds known as humic substances, which are by-products of organic degradation from microorganisms [4]. What separates FvA from other humic substances (HS) is a set of physical and chemical properties shown in Figure 1(a), indicated by Stevenson [5] and followed by the International Humic Substance Society (IHSS; St. Paul, Minnesota, USA) [4, 6]. By deﬁnition, FvAs consist in small molecular weight, hydrophilic, carboxylic containing molecules. The other HS have higher molecular weight and diﬀerent solubility and oxygen content. The structure of FvA has been proposed by many authors to be a mixture of covalently linked phenolic, quinoid, and benzene carboxylic acid compounds [6]. It is important to note that FvA can change with geographic location. The parent material from which FvA originates inﬂuences oxygen, nitrogen, aromatic ring, and carbon content [7]. For example, in Israel, FvA isolated from clay contains ~2.0% (m/m) nitrogen, and FvA isolated from sand contains ~4.4% (m/m) nitrogen [7]. In addition, FvA isolated from Israel has ~49% (m/m) carbon whereas FvA from Italy has ~39% carbon content [7]. Health Canada indicates that FvA is consistent with the structure shown in Figure 1(b) [8].

FvA has been indirectly utilized in traditional Indian medicine (“Ayurveda”) for roughly 3000 years [3]. The substance called Shilajit, a tar-like exudate from the Himalayas, contains about 15–20% FvA and is used for medicinal purposes. As per ancient texts, Shilajit can have immune- modulation, antioxidant, diuretic, antihypertensive, and hypoglycaemic eﬀects [3]. In addition, when applied externally, it is claimed to be an antiseptic and analgesic [11]. Reviews on Shilajit indicate that the intake is safe; however, the pharmacological dosing of such molecules remain unknown [3]. Despite such lack of information, Shilajit/ FvA is currently available as a nutraceutical to the public [12]. The purpose of this review is to investigate and highlight the current knowledge base regarding FvA and its eﬀects on animals and animal cells.

The most adequately researched claim of FvA is its ability to modulate the immune system. However, the outcomes of such studies remain controversial. FvA can be both pro-inﬂammatory and anti-inﬂammatory in animal systems. The available literature regarding the eﬀects of FvA on the immune system is summarized in Figure 2.

Unfortunately, in vivo studies into the eﬀects of FvA have been too few and sporadic. A pilot clinical study shows coal- derived FvA (oxi fulvic acid) at 4.5% (w/w) reduces wheal and ﬂare size after allergen challenge in humans [17]. The reduction by FvA shows similar results to 1% hydrocortisone. The anti-inﬂammatory properties of oxy fulvic acid are also shown in mice [18]. In the study, mice sensitized with dinitroﬂuorobenzene on the ear and then again challenged 6 days later see a reduction in swelling with FvA treatment comparable to steroid medication. A patented isolation procedure yield- ing carbohydrate-derived fulvic acid (CHD-FvA) mimics the above information almost entirely. In a randomized clinical trial, topical administration of CHD-FvA is shown to sig- niﬁcantly reduce eczema rash in humans [19]. However, a burning sensation was also reported in this study. In addition, oral ingestion of CHD-FvA isolated from South Africa at 100 mg/kg can reduce paw edema in rats at levels similar to nonsteroidal anti-inﬂammatory drugs [20]. Overall, the above studies promise the potential of FvA to treat overactive immune disorders, speciﬁcally eczema.

No signiﬁcant increase is found in lymphocyte, monocyte, or granulocyte numbers in the blood however. Unfortunately, Kunavue and Lien do not mention the location and isolation procedure of the FvA used.

Such discordant eﬀects seem to result from variances in therapeutic dosages and/or the origin of FvA in the study. Thereby, it is an absolute must to establish safe dosing for FvA depending on its source in order to treat/prevent immune-modulatory disorders.

Oxidative stress is closely linked to chronic inﬂammatory diseases [28]. Oxidative stress is described as an imbalance of highly reactive oxygen species (ROS) compared to anti- oxidants [29]. When the cellular equilibrium shifts towards higher ROS, endogenous antioxidants like glutathione (GSH) and superoxide dismutase (SOD) are outmatched. This leads to cellular dysfunction, lipid peroxidation, and possible  cell death [30]. The eﬀects of FvA on the oxidative state in cells and animals are summarized in Figure  3.

The gut forms the interphase of the outside world, the microbiome, and the host. Suﬃcient evidence shows that poor gut health can lead to inﬂammation and disease [38]. In agriculture, FvA has been shown to inﬂuence the soil microbe composition and be able to conjugate itself to various  minerals, aiding in the uptake in plants [39, 40]. As a result, FvA is suggested to improve the gut ﬂora, nutrient absorption, and heal adverse disorders related to the gut. Below is the available content regarding FvA eﬀects on gut health and summarized in Figure 4.

FvA is shown to inﬂuence the bioavailability of heavy metals in animal models as well. FvA can increase the absorption of copper in porcine oviductal epithelial cells and simultaneously reduces its toxicity [41]. In addition to nutrients, FvA has been shown to mediate drug delivery in rats too [42]. Carbamazepine (CBZ) a common anticonvulsant  has a low bioavailability, but when conjugated to FvA, absorption across an everted rat intestinal sac increases along with concentrations of CBZ in the blood plasma. FvA has been shown to increase absorption of nutrients and drugs; thus, a concern is the absorption of pollutants and toxins into the blood. However, in a study by Qiang et al., FvA does not increase the absorption of perﬂuorooctanesulfonate (PFOS) in carp, a conclusion based on the amount of PFOS in the feces of ﬁsh compared to controls [43].

Type 2 Diabetes Mellitus (T2DM) is characterized by improper insulin signalling and attenuated glucose uptake into cells [46]. This can lead to prolonged hyperglycemia after feeding and adverse symptoms [46]. The cause of diabetes remains a mystery, but research associates inﬂammation, oxidative stress, and changes in the gut microbiome among the many causative factors [47]. Shilajit, which contains FvA, has been shown to reduce hyperglycemia in diabetic rats and increase SOD  activity  in  pancreatic  beta  cells [48, 49]. Unfortunately though, there is no  direct  evidence in the English language showing only FvA in preventing T2DM symptoms. However, the accumulative eﬀects highlighted in this review and the last two studies suggest its therapeutic potential.

Those with T2DM show signs of chronic inﬂammation and elevated proinﬂammatory cytokines in serum like TNF-α, IL-1, and IL-6 [47]. FvA is shown to reduce these types of cytokines and proinﬂammatory markers in animal models [14, 16]. In addition, a proposed treatment regime for T2DM involves nonsteroidal anti-inﬂammatory drugs (NSAIDs) to alleviate symptoms [50]. FvA might ﬁt as an adjunct treatment to reduce markers of oxidative stress and inﬂammation as FvA can act in a similar manner to NSAIDs [20]. FvA might also reduce oxidative damage and increase antioxidant enzymes like SOD, CAT, and GPx [33]. Beta cells, which are responsible for insulin production, undergo oxidative damage during T2DM [51]. Protecting the redox state of beta cells may prove beneﬁcial in  preventing T2DM. Lastly, patients with T2DM are found with a change in gut microbial composition, and FvA may inﬂuence the bacterial community [34].

The information gathered in this review indicate that FvA can act as an immune modulator, inﬂuence the redox state, and potentially aﬀect gut health. FvA is shown to decrease proinﬂammatory markers but also activate the immune system to kill bacteria. It is shown to reduce oxidative stress and even induce apoptosis in hepatic cancer lines. FvA is shown to also inﬂuence the microbiome and possibly improve gut function. FvA appears to have a yin-yang eﬀect when it comes to these physiological states. This trend can be seen with most drugs  and  NHPs;  however,  toxicity may manifest itself at high intake and poor administration [52, 53].

Although the supporting literature is minimal, if considered in combination, the potential for FvA to be a candidate in preventing inﬂammatory diseases like diabetes arises. This is promising as our current approach to these kinds of diseases is lacking. It is important to note that FvA research in some cases is conﬂicting, which is thought to be a result of variance in dosage, parent material, and isolation procedure. In addition, there is no consensus on the structure of FvA, a standard isolation, or parent material. Thus, it is of paramount concern to reconcile these factors and establish dosing for age groups and diﬀering FvA. This will help make conclusive statements regarding FvA function and its inﬂuence on immune-related diseases.

The authors declare that there is no conﬂict of interest regarding the publication of this article.

The authors would like to acknowledge the members of the Ghosh lab and Gibson lab from the University of British Columbia for their advice and continued support.